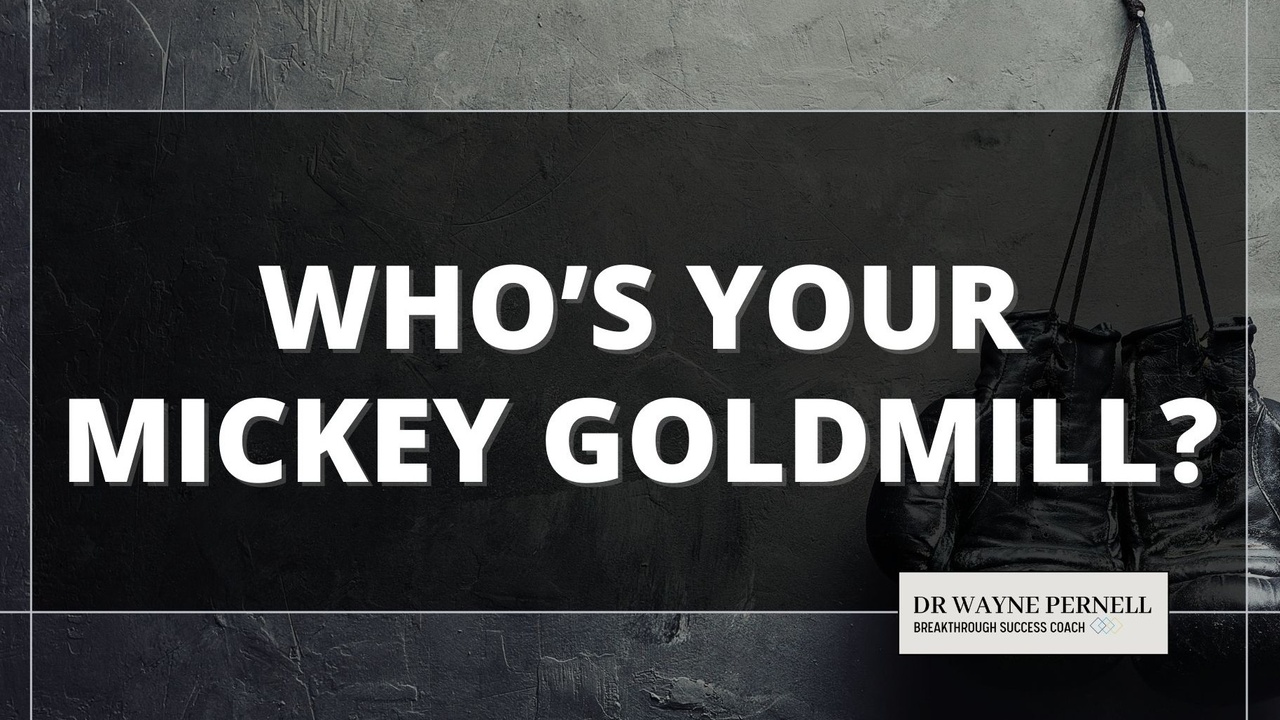 That, my friends, was Rocky Balboa’s trainer. Played by Burgess Meredith in the first Rocky film, he was gritty, and he gave Rocky the Truth, even when it wasn’t easy.

We all need someone in our lives to encourage us, to tell us to get up when we’ve been knocked down, even if they can’t get into the ring with us to pull us back up. They tell us to stay down so that we don’t have to take another beating and then they tell us to get back to work so that we never get in that position again.

They celebrate the wins with us because they’ve seen the tough journey.

We look at what looks like success after success of people out there on social media and we compare ourselves to them. We think that getting banged up is failure when, in fact, that’s all part of the journey.

When I first started in the martial arts in college, I was 17 years old. My trainer told me to “train for this,” and he put his finger on his nose and pulled it to one side. My response was shock and horror. There’s no flipping way I was going to train to get a broken nose. What the heck! Why would he say that??

He was telling me to stop being afraid of getting in and actually doing the work that it took to be great. I went on in the martial arts and never got a broken nose. (I had a few other injuries along the way, but I defended my face pretty well.)

That lesson served me.

I’m certain you’ve had lessons like that too. The hard work won’t kill you. Doing the work serves as the foundation for success in so many other areas. If you can do it here, what about there, and there, and there…?

Who has been there to nudge you, guide you, push you?

There’s no such thing as a self-made man (or woman or non-binary). There’s not. We all need support from people who see us, really see us and move us to our next great next.

Get a Mickey Goldmill in your life.

Get clear about your next great next.

The world needs you.

Dare to dive in.

Dare to dive in deeper? Check out www.ExponentialSuccessSummit.com

I made this small group for you!