The Truth Behind Triggers 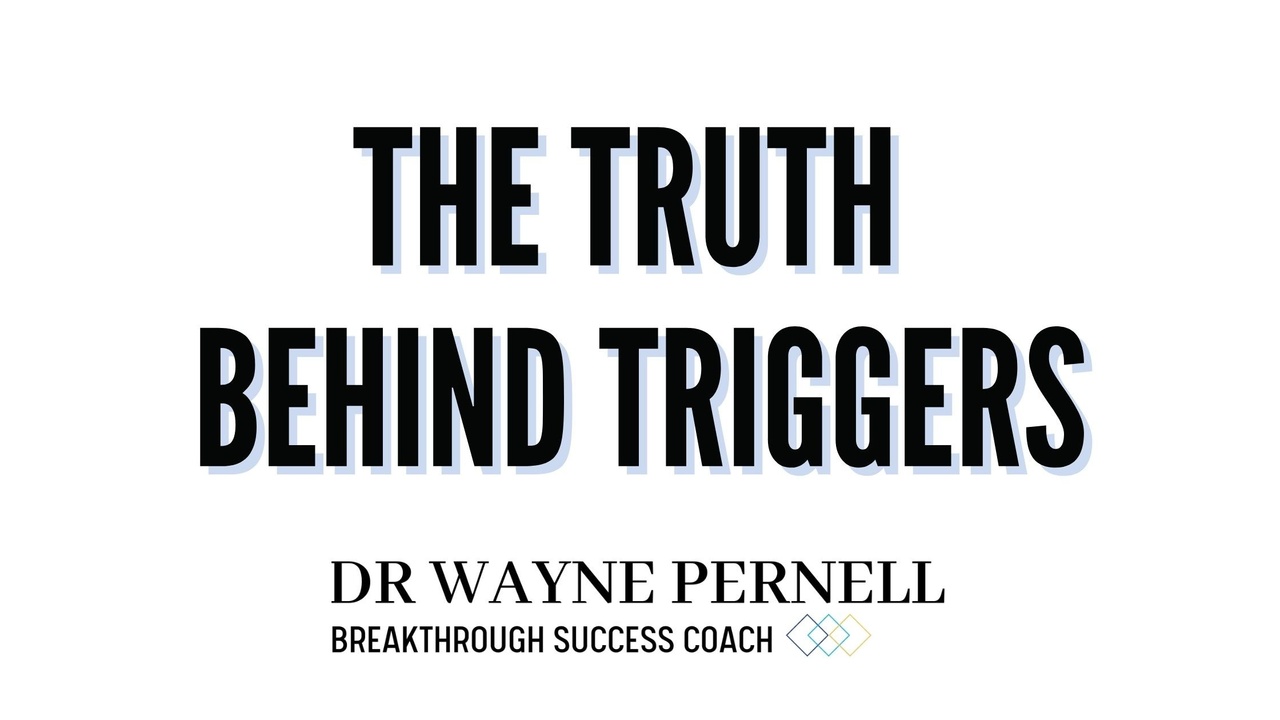 I’m a huge fan of the absurd. It’s all around us and it’s exhausting entertainment.

I don’t watch people get triggered for the sake of entertainment, I simply keep my distance when the triggers happen.

The truth about triggers, that sense of needing to say something or feeling angry because some injustice has been done, the truth is that a person’s core identity has been threatened. If you’re triggered by something, look for the Truth. Is it about you, or is it about the other person?

People in sales, in customer service, and in any social/public position face challenges and potentially having what they’re offering being taken out of context. There are those that live to be offended. That’s absurd entertainment in itself.

Think about what triggers you – being called a name? Being cheated? Being told what to do? Keep going, the list could be endless. What really triggers you?

Ultimately, the trigger is in YOU and not in the other person. They could call you a name – heck, I’m on social media and I’ve had people call me all kinds of things. You have to decide if what they’ve called you is true. If it is, either live into it or ignore it.

If I called you a purple-spotted goose herder, you’d think I lost my mind. Why? Because it’s so off base from who you are. So when, on social media not that long ago, I had hundreds of people calling me such lovely terms as “F-ing D-bag” though it was spelled out in all caps, I let it roll. I didn’t have to defend myself. “No, no, I’m not. Really. Please see the real me.”

Those that choose to go to the bully place don’t want to be convinced otherwise. I could have been triggered and shot back flames of “I’m not that, but you are.”

It becomes an adult game of “neener-neener.” I chose to hear their epithets as being unrelated to me.

You can’t get triggered if you realize that your identity isn’t threatened, really. It’s not. It’s about the other person. If you feel like lashing out with blame or judgement, you’ve lost your perspective.

Again – this is a HUGE tool for you in your life – IF YOU FEEL LIKE LASHING OUT IN BLAME OR JUDGEMENT, IT’S TIME TO REGAIN YOUR PERSPECTIVE. The other person’s comments are a reflection of them, not you.

If I called you a purple-spotted goose herder, you’re likely not offended (and no offense is meant to goose herders of any color). The name means nothing, and you aren’t threatened by it. Don’t let others words land on you when you know deep down who you are.

The TRUTH behind triggers is that people get threatened when they believe that their identity or integrity has been violated. If you look closely, you’ll find that there has been no integrity breach. You still know who you are. What others say about you is none of your business.

Now, get back to business. You’ve got a world to save and positive ripples to make. Stay in your integrity and no one can shake that.

Hey, speaking of magic, it’s all about Mindset! It’s time to hold your seat at my Signature Breakthrough Mastermind Retreat where I’ll be teaching MindsetMagic! There are five key steps to becoming more in control of your life, more powerful in the world, and more fulfilled along the way. It costs nothing to look – check it out here: www.StuckAtTheTop.com