Separating The Person From The Behavior 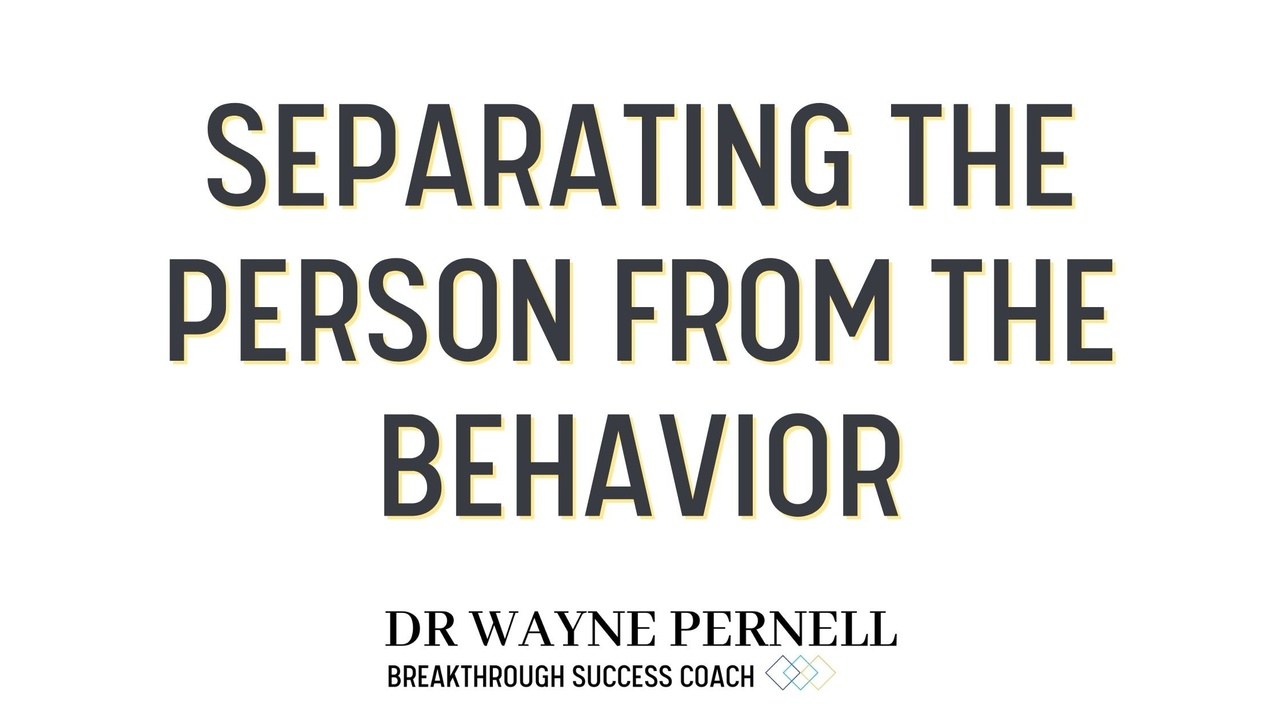 I had one of my high performance DynamicLeader® clients thank me for an insight I gave him. His son had just been a beast. You know how kids go through their growth spurts and have to prove that they’re not you – they’re anything but you. Yeah, it was that lovely growth time.

My client/friend was beside himself. His kid had almost become unlovable. It was bad.

One of my corporate clients reached out to me to talk about a woman on his team. She just wasn’t performing. She seemed to be that bit “off” in everything she’d turn in. And, worse, she didn’t seem to care. She’d blurt things out at team meetings and she’d under-perform in other areas of the job.

My client/friend was at a loss. One of his star employees was slipping so badly, she just didn’t belong on the team any more. It was bad.

And there are hundreds more stories. You might even have your own.

My coaching was to guide their conversations to the behavior.

There’s a human in there that’s in pain.

Can you get to a point of compassion for that human?

When you can separate out the behavior from the person, you’re able to gain some compassion for who they are and what they’re doing.

When couples separate, there’s a tendency to label the soon-to-be-ex as something less than friendly. Their behavior might be despicable, but as a person, might they not be simply a human in pain?

Separating the person from the behavior they exhibit

lets you engage from a compassionate place

The behavior someone shows you tells a story.

It’s always about them more than it is about you.

Remembering that is the key to a richer relationship opportunity.

Message me if you’d like to get into the next Powerful Presence™ Program starting in Q2.
In the meantime, Early Bird Pricing is happening now for my next Breakthrough Success Retreat. You’re going to love putting old stories to rest and stepping into a bright new future for yourself.  Space at this exceptional 2-day event is extremely limited. There are only a few seats at the table. Will you take one of them?
DO NOT WAIT – Register NOW!
April 16th and 16th in St Louis.
Get more info and register here: www.StuckAtTheTop.com