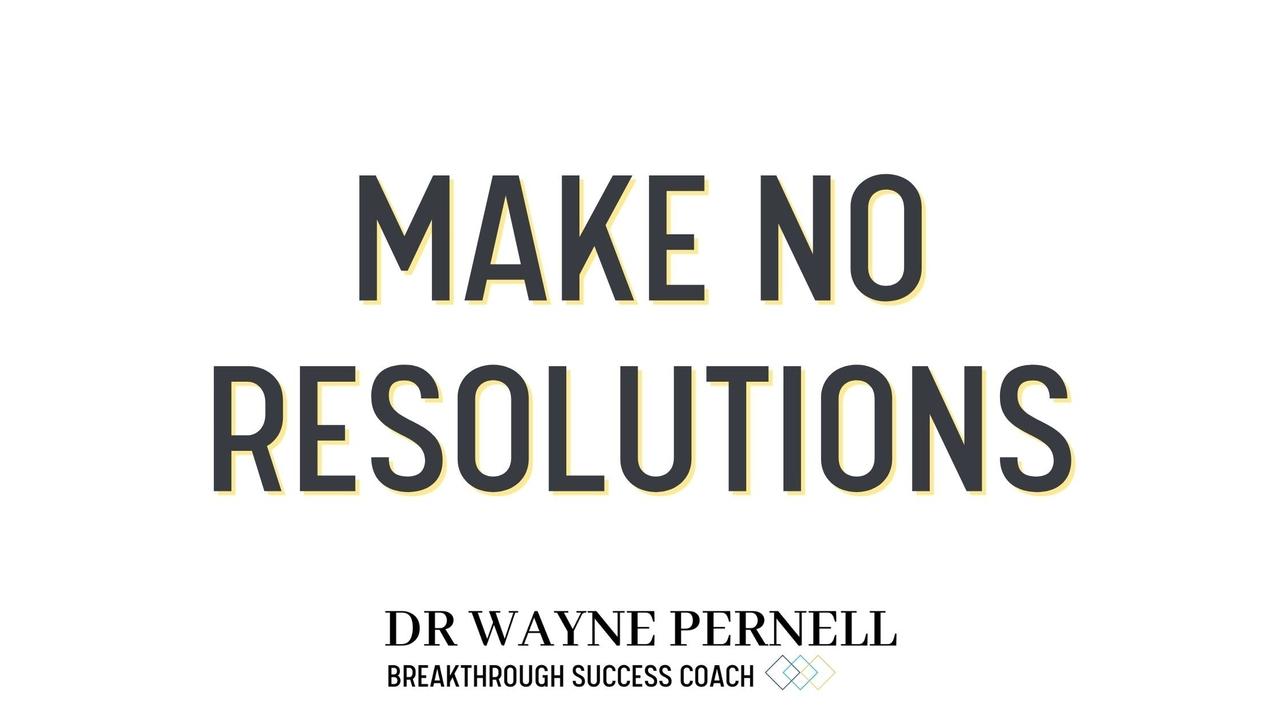 How being resolute moved from meaning “morally lax” in the 1400s to becoming “determined” or decided as absolute and final in the 1500s is kind of a mystery. Resolve comes from the Latin, “to untie.”

I’m fascinated by that stuff. And I’m curious. Do people still make New Year’s resolutions? I don’t. I create goals and strategic plans, instead. And that happens long before the New Year.

While I see social media abuzz with “this year, I’ll…” I’m not certain those are resolutions at all.

Sit back on the couch with some red licorice like substance and cheezy chips and wish it were true.

The thing about resolutions that people make is that very, very few people who make them are truly resolute (in the 1500s sense of the word). That is, most people who make resolutions are not, in fact, decided or feeling like the words they speak are absolute and final.

It’s better for your subconscious for you NOT to make resolutions than to train yourself that you can declare anything knowing that you’re lying to yourself.

Think about those projects you thought you’d get to but realized you just didn’t want to, and now you’ve got other things that are more important. Yeah, those. They’re undone because you declared to your subconscious that they weren’t important from the start.

Worse, you’ve trained your subconscious mind to find excuses and call them reasons.

From sales calls to painting the bathroom, there are a lot of “reasons” why things are undone.

If your loved one was stuck in a burning building, there wouldn’t be reasons or excuses for your next actions. There’d be urgency.

The truth about New Year’s resolutions is that they don’t matter to you enough to take action and then continue to take action even when it gets hard.

Pro-Tip: If you really, really want to see something through, you’ll take action and you’ll have a plan for taking action when, not if, it gets hard.

Don’t train your subconscious that you’ll give up because the excuses will come sooner than you thought.

Either make no resolutions this year or as part of the resolution, build in a plan for consistent action – your strategy plan – for when it gets hard to stay in it.

This is the week we launch the NEW Powerful Presence™ Program! Join an amazing group of people online for an hour on three Fridays a month for the next three months. Imagine how pumped you’ll be taking on the New Year with new skills for communication and influence. Think about the confidence you’ll exude as you enter any room. Yep, it’s like having a super-hero in your pocket. And that superhero is you. No excuses – you’ve got support in this great online course and private FB group. You’ll love it! CLICK HERE TO REGISTER