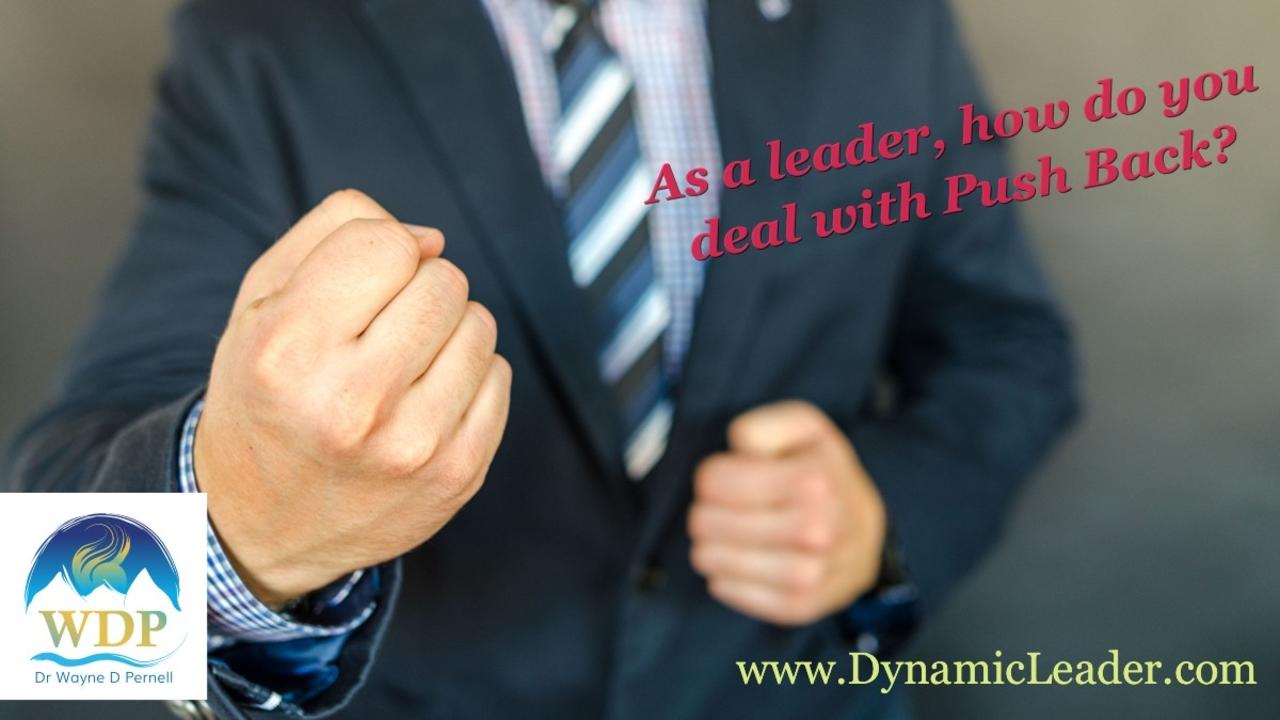 You’re on a quest.  You have a direction.  You’re asking for support.

And then… someone put’s a little pin-prick in your balloon by saying something like, “I don’t think that’s such a great idea.  It’s not something *I* want to do.”

Your balloon deflates slowly.  And in this week’s Wednesdays With Wayne, we’re looking at what to do when you get pushback.

You could take that as a personal affront.
The idea and the project were yours and someone doesn’t like the idea and, worse, doesn’t want to go along?

You could get super-parental.  “Oh you WILL do this because I said so.”  That’s using positional authority and will get zero buy-in, though you may get your way.  And, you’re not that kind of leader. You don’t fling your power about based on your title or position.

So, what to do?  Well dear leader, you get to get curious.
Calm your amygdala that’s prompting the fight/flight thing and start to ask some questions.

Think about what your goal is.  If you really want minions and yes-people around you, then the threat of firing someone or ostracizing them will work to get tasks done.  And again, it won’t get buy-in. It’ll only get resentment.

If your goal IS the get buy-in and truly enrolled team (or family) members, then ask some questions that help to uncover motivation and understanding.

Your tone must be one of genuine curiosity.  It’s too easy to go to a vocal tonality of condescension. And then, you will have lost your potential followers/supporters.

Pushback offers you an opportunity.  It is important to stay out of tug-of-war or parental chastising.  There is no room for “right-fighting” here either (“well, I’m more right than she is”).

Staying in a space of opening conversation and asking questions that serve to open the other person’s perspective to you will give you some insight into how they think.  The other person might have missed a vital component of what you were proposing. Asking questions rather than demanding will get you further and demonstrate your fortitude as a leader.