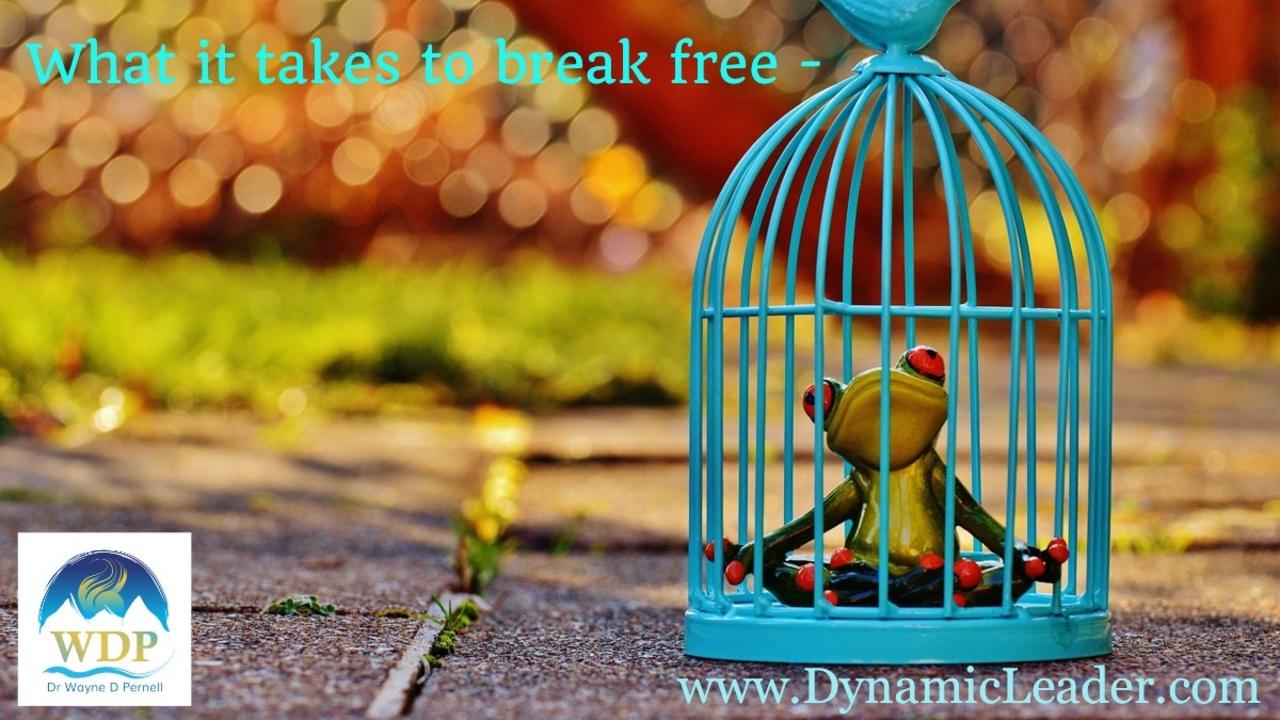 With summer upon us (and yes, it snowed in some areas recently), it can be hard to understand how anyone could get bored.  Sure, it’s a common cry for teens who have been removed from their technology, “I’m borrrrrred.” The parental response used to be, “just go outside, there’s plenty to do!”

As adults, we might also experience what we could label as boredom: that feeling of there not being anything worth doing, feeling stuck, or locked into a routine without end.  Boredom, then, is your psyche telling you to be polite and not to burn something down. Any animal that feels backed into a corner will fight for a bit. But when we feel caged – locked into that place or way of being – we shut down.

In the 1960s, Dr Martin Seligman did some research with dogs in kennels.  It wasn’t pretty and he coined the phrase, “Learned Helplessness” to describe the effects of giving up and taking the punishment that seemed inevitable.  How many people do we know who live their lives that way, even just a little?

Do they seem angry? It’s because they are.

The world has closed in on them and though they’re likely getting paid for that, the pleasure of payment doesn’t outweigh the pain of feeling locked in.  There are a lot of angry people out there. I’m hoping you’re not one of them.

What happens after a while is that depression sets in.  We see an increase in depression medication to help us get through our daily lives because we’re angry and don’t feel able to change our condition.  (Hey, my background is clinical psych – I’m a big fan of getting the help you need and I’m not suggesting that depression isn’t real. It’s a horribly debilitating, unseen, private malady.  Seeking help if you’re depressed is essential.) I’m curious what would happen if we could change life’s circumstances, though.

Because at its worst, depression turns inward.  The self-talk of under achievement echoes in our heads.  We reflect on what we could have accomplished but didn’t.  Marlon Brando’s character in On The Waterfront laments, “You don’t understand… I could’ve been somebody… I could’ve been a contender.” At some point, we’ve all felt that way. Those turning inward and spiraling downward face deep depression as self-talk turns to self-loathing.

You, my positive readers, are the ones with energy and perspective.  Yes, you might need help (like coaching to give you greater perspective and action steps); and you’re going to take action to bounce out.  That’s resilience.

Seligman even turned his work around.  From learned helplessness, he became the father of positive psychology and I highly recommend his book(s) on Learned Optimism.

We only become helpless when there’s really, truly no out.  There were times in my life I said things like, “I feel like I can’t breathe.” That turned to the mantra I taught in my martial arts classes: “What’s available to me now?”

In my first book, Choosing Your Power, I pointed out that the more aware of choices you are, the more choices seem to present themselves.   It starts with one. Just recognizing that you have a choice – any choice – beyond your current condition makes a difference in your condition.  With one proviso: you have to take action to explore the choice(s) in front of you. Otherwise, you will continue to live your life in a cage. You’ll see the world as being full of options for everyone but you.  Awareness leads to choice and choice leads to awareness; it’s taking an action step that lifts you up!

So let go of boredom, anger, depression, and self-loathing.  Look at what options really DO exist for you. Take a step, any step.  I didn’t accidentally get on Fox, NBC, and CBS. Nor was it luck to get interviewed by the New York Times, quoted in FastCompanyor a full article in Entrepreneur.  I took a step, and then another and another.

You’re not bored and you’re not stuck.  You just might not be aware of the choices you have.

Keep making your magic and I’ll see you here next week!