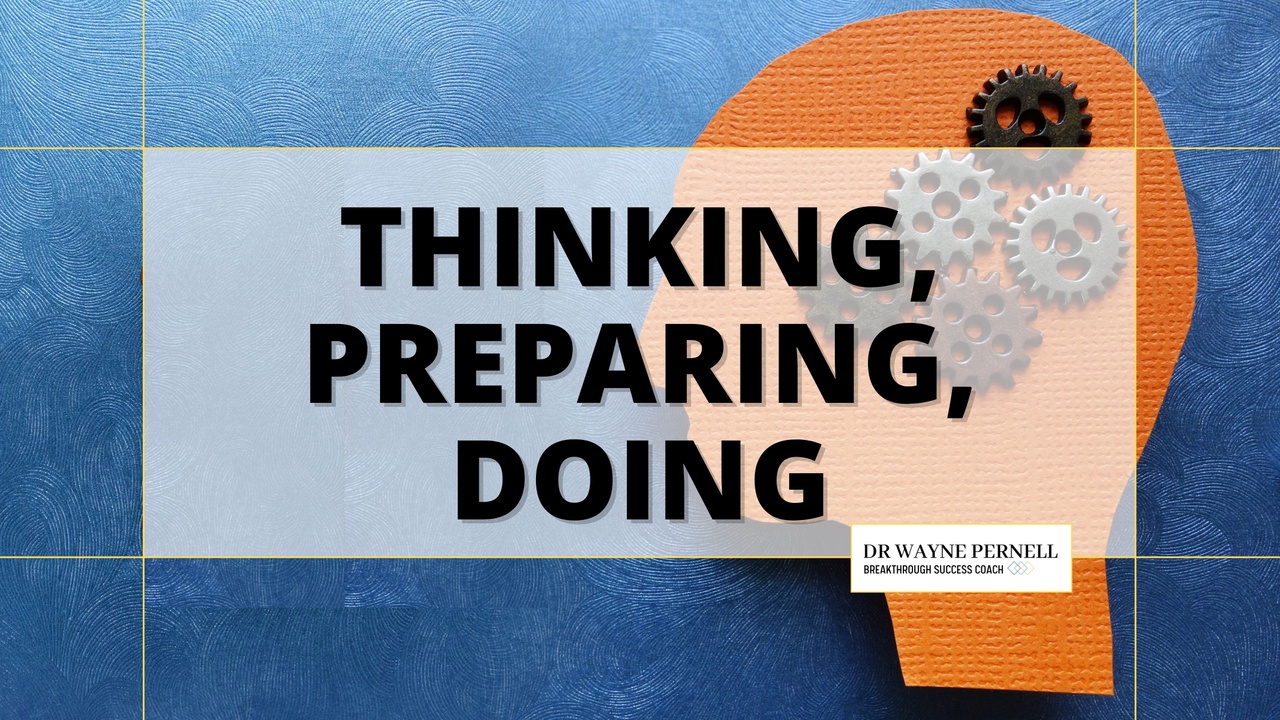 My client recently gave me this quote from one of our sessions and I thought it was priceless:

I spent more time thinking about doing something than the time it would take me to do it.

It’s funny, one of the first times I had to take strong disciplinary action with someone who worked for me (decades ago) was someone who was working on a presentation for the organization. He had been preparing for two weeks, then four, then six.

He was getting ready to get ready and it caught him by surprise when I told him that I was disappointed with his ability to produce what was expected.

He was surprised because no one had ever told him they were disappointed in him. And yet, don’t we disappoint ourselves when we put things off? We decide that we don’t know enough yet and we explore just one more thing and one more thing.

We think about what we’re going to do.

And we put off doing it one more time.

We’re not ready… that’s the lie we tell ourselves.

Do the thing and find the unexpected experience.

You know, when I did my doctoral dissertation, part of the process was to open doors and point to where further research could be expanded. I could do it or other researchers could pick it up and do it. Or… not.

Don’t spend so much time in getting ready.

You have an idea, go explore it. You’ll learn a lot more by doing. And when you bring others with you on the journey, the contributions and the connections magnify.

Ready? Yep, you know you are. Besides, I’m a fan of “begin before you’re ready” anyway.

What’s your next big next?

Want a two-day journey with other people who are leveling up their lives? Want to actually lean into the things you want to be doing without giving up the drive and success that got you to this point?

It really would be good for you to check out www.ExponentialSuccessSummit.com