Taking Advantage of that Bull-Stuff 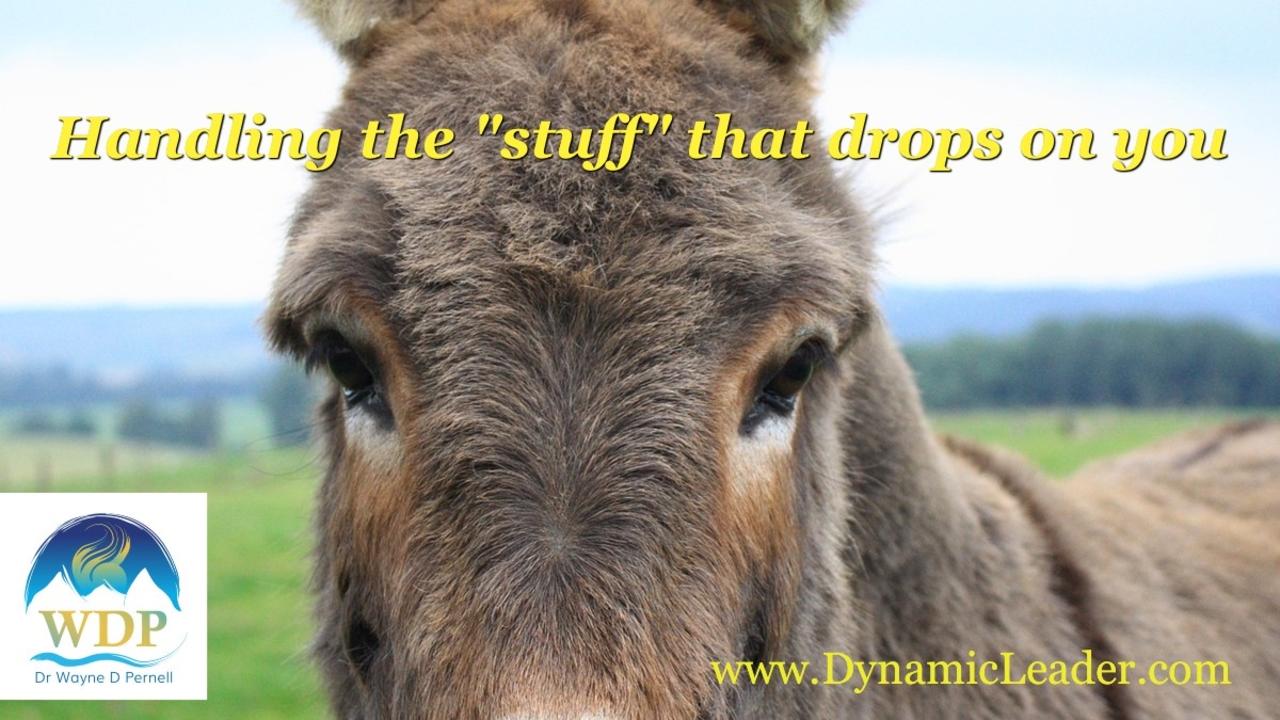 My clients ask me some great questions.  This week’s Wednesdays With Wayne is in response to an inquiry about how to be a high performer in the world and still deal with all the stuff that falls on you.  It feels personal, like you’re just trying to make your way in the world, and something falls on you. That B.S. that comes down on you feels like it could bury you.  And yet, you DynamicLeader® you…  You’re finding your way to a light in the darkness.

I’m reminded of a parable that talks about farmer’s donkey who fell into a dry well.  No one could figure out how to get the donkey out. The well was too tough to get down into and tie a rope around the donkey.  After some deliberation, the farmer decided that since it was a dry well, he’d have to say farewell to his donkey and just fill in the dry well.

He got a group together to begin filling in the hole.  The donkey was stuck. It was dark. And now, dirt was coming down on top of it a shovelful at a time.  The donkey didn’t know what was happening and didn’t have a way out. It did, however, have instinct and when something landed on his back, he’d shake it off.

Shovel after shovel of dirt was poured into the hole in an attempt to cover the poor donkey and put it out of its misery.  And yet, with each shovel load that landed on it, the donkey would shake it off. And then, he had new ground to stand on.

With each load of dirt that landed on the donkey, his response was to shake it off and step up.

The donkey wasn’t being buried after all.  With each shovel load, the donkey was receiving a new platform to stand on.  That which was intended to bury him as actually being used by the donkey to raise up.

Relying on that process, the donkey was able to shake it off and step up all the way to a new freedom.

So, when you feel overwhelmed and it’s dark, when you’re feeling alone and then stuff starts falling on you, shake it off and step up.  Use what’s burying you to create a platform for yourself to step up.

Check out Choosing Your Power.

I’ll see you here next week.

Until then, keep making your magic™.

And to reserve your spot for one of the last select seats at the breakthrough retreat in April, click here: www.StuckAtTheTop.com