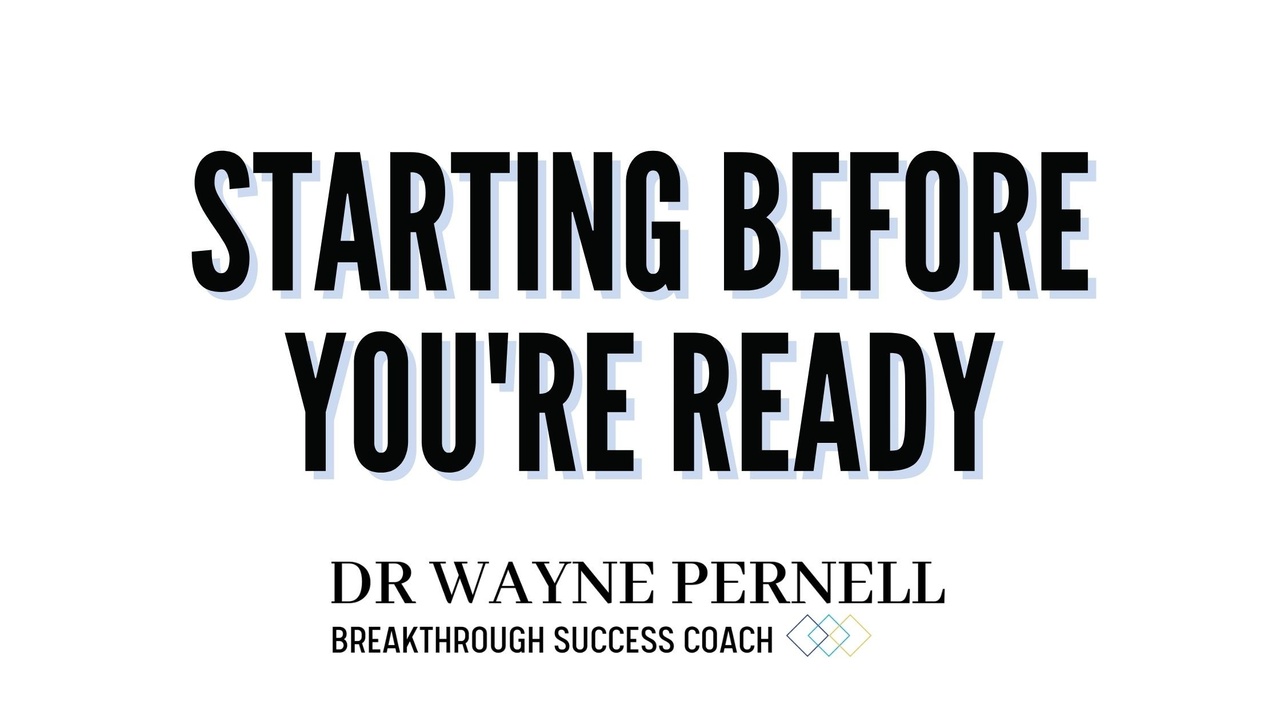 I’m going to admit that I judge whiners. I don’t get triggered by much, and yet when people complain about their lives and don’t act other than to say that they know that they should do something, I get frustrated. It’s like watching a toddler, telling them what to do, and while they hold eye contact with you, they seemingly deliberately drop the cup that they’re holding onto.

So many people, and you could be one of them, sabotage their growth and potential because they say that they’re not ready.

Think about anything… ANYthing you’ve taken on.

What made you “ready?” Was every aspect of your life fully in order? Did you know everything you were going to be doing as part of the program you’d been putting off?

Readiness isn’t about having already accomplished the thing. It’s about willingness to step in and learn what you need to learn, to engage in a process of growth.

Psssssttt… buying into the story that you’re not ready is fear talking.

The truth is that you’re not going to be good at that thing right away.

The truth is that someone might see you as vulnerable or less-than.

And the truth is that when you begin, you are not that good at the thing you’re setting out to do. Toddlers don’t run marathons on day one. (As parents, you know it feels like it, but you get what I’m saying here.)

The first time you’re on a bike, you wobble.

I’m guessing that before flying gracefully through space and sticking the landing, Simone Biles had a time in her life when learning to stand up was a thing. LeBron James wasn’t always great with a basketball.  Warren Buffet once had to learn math and then learn how investing worked.

They began. They took action.

You simply cannot see yourself the way others see you. The highest performers in the world know that and that’s why they hire coaches. That’s why top athletes review their game tapes and they do that with coaches, too.

Think about anything you’ve done. Were you 100% ready?

To get the growth, movement, and outcomes you truly desire, you must begin before you think you’re ready. Get support. Get a coach. Get outside perspective. And get going.

That’s what you’re doing here. If you’ve been putting something off, stop whining. It’s not helping. Take that next step.

I’ve gotten a lot of questions about my signature breakthrough mastermind retreat.

Here are the answers:

SIMPLY CLICK HERE to check it out and to reserve your space.

Is this something you’ve been putting off? It’s time. It’s your time. Let’s go!