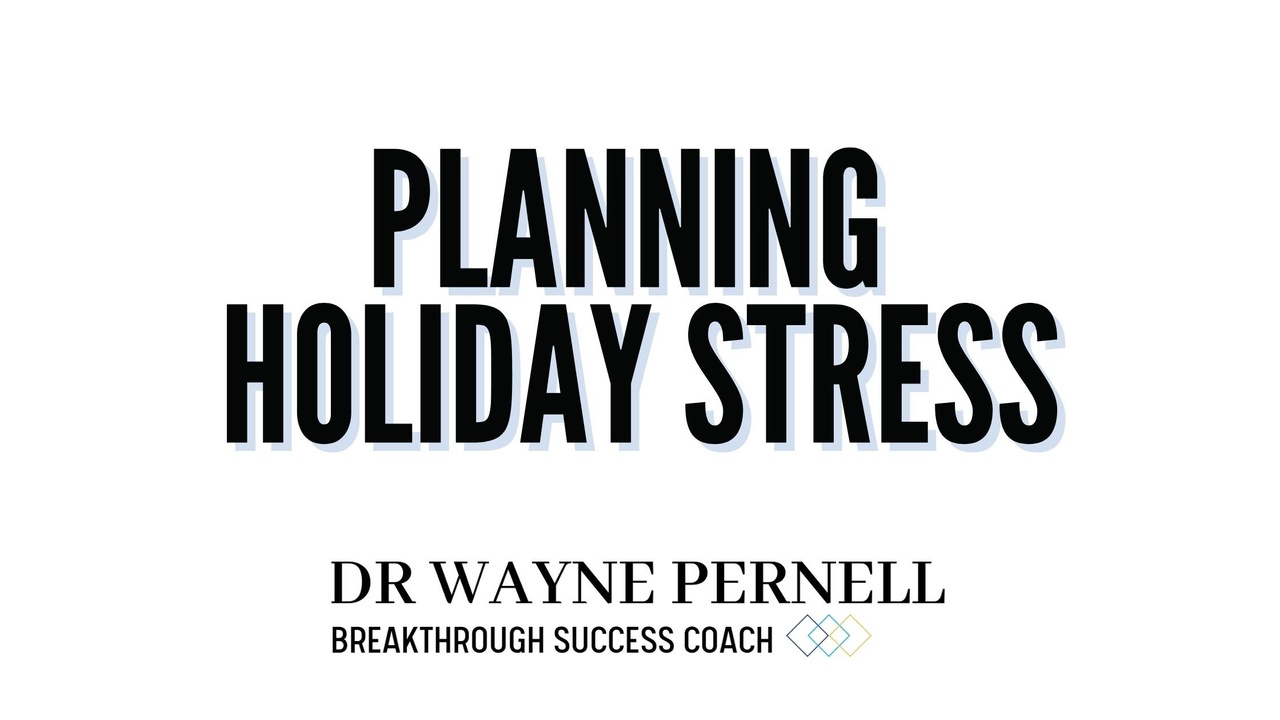 We’re into November and usually I’ll write something reminding you about gratitude. And that’s important. So, remember the small stuff for which you’re grateful.

Okay, with that practice completed, let’s look at something really absurd…

We plan for so much. We've planned for the holidays. We know where we’re going to be at the end of the month. We know with whom we’re getting together next month. You might have already planned your menu. You might have had that planned a month or two ago.

And chances are, you've also begun planning where you anticipate stress.

Yep, I know it happens to a lot of us at this time of year. We inventory who needs what from us. We also look at whom we’ll share a table and/or conversation. Who is going to say something offensive and then what will happen when they’re put back in line? Drama. We’re planning for drama!

What if you did it differently this time?

What if you had a game plan going in that included not being triggered?

Just because someone has an opinion doesn’t mean you have to engage. If there’s a rope, that doesn’t automatically imply that there’s a tug-of-war game to be had. And if you find yourself holding the tug of war rope and you’re in it, what do you really hope the outcome will be?

Then, sister will say______. Then I’ll have to defend her because opinionated uncle will chime in. And then…  You could plan it out. It’s like a preset chess game that’s predictable, right down after the indigestion you’ll have after that second slice of pie.

Dad will say ____. And I’ll announce that “before things get rolling that I’m not here to convince anyone of anything different than they already believe. I’d be happy to have that conversation separately from this gathering, but for now, my focus is on gratitude.”

“So what are you grateful for? Can you list three things?” might be a great diversion and redirect. And if it goes back to gratitude for something ridiculous (politics, virus management, etc.), just acknowledge that the other person had gratitude and move on.

Plan your holiday Teflon. Don’t let anything stick to you and recognize that whatever is said, is a huge reflection on the person saying it. Not you.

Even the offensive comments directed at you:

This is your opportunity to state that the statement made seems to reflect a narrow view of the world and that you’d be “happy to discuss it all later. Again, that’s not the focus of this gathering. By the way, what are the top three things you’re grateful for this month?”

Plan to get by and through the holiday stressors by refocusing back on the things you really do have to be grateful for!