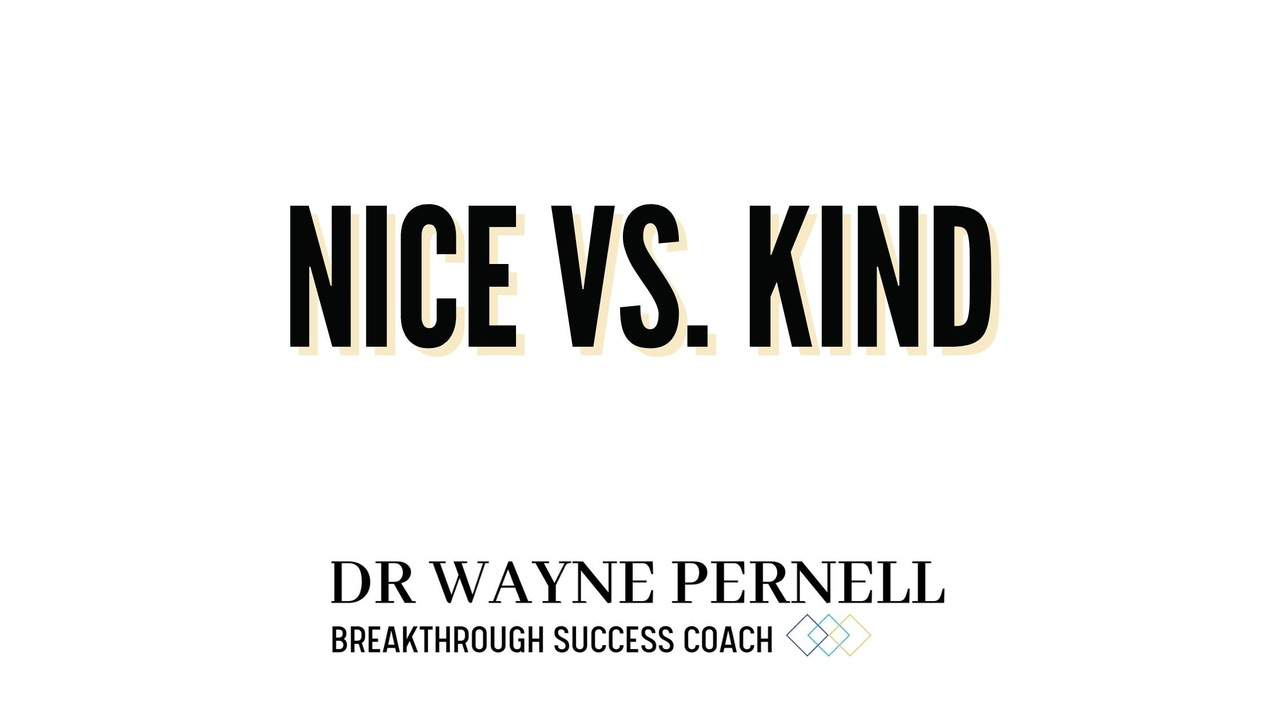 I grew up the nice guy.

My super-power as a kid was in knowing how to placate, how to “make nice,” and make sure that everyone else was okay. I did a lot of going along to get along. And that meant that the me that could have been didn’t really show up.

We all go through the existential search for self. “Who am I, really?” is an age-old question. The problem was that I didn’t ever pause to ask that question until I became an adult.

The good news is that once asked, it led me on a quest to help myself and others.

I was so “nice” that I was dumped right before my senior prom in high-school and told I was a “good sport” for going anyway. I got into management and was threatened with being fired because I was being too nice.

Is it possible to be too nice?

I was smart, affable, funny, and… nice. Wasn’t that okay?

And it’s more important to be kind.

Ah… yes, your values can and do change. As they should. You’re not the same person you were 20 years ago. Your values need to reflect who you’ve become and, more important, who you’re becoming.

And that leads us back to being kind. Sometimes being kind means holding a line that you believe in. In leadership and management, it’s important to have such a line. It’s important to guide others so that they understand what that line is. Being “nice” doesn’t serve anyone. Being direct and being friendly aren’t opposites. And holding a values-based line is important for you as an individual and as someone in the role of a leader for the sake of yourself, your family, and your organization.

Being kind sometimes means saying “yes.” And, sometimes, the kindest thing you can do is to say “no.”  There’s a difference between being nice and being kind. It’s okay to step away from being so “nice” all the time. Doing so won’t detract from you being kind.

Your success in developing yourself requires that you understand your values and on this journey of life, it’s important to be kind.

Practice that with others.

Practice that with yourself.